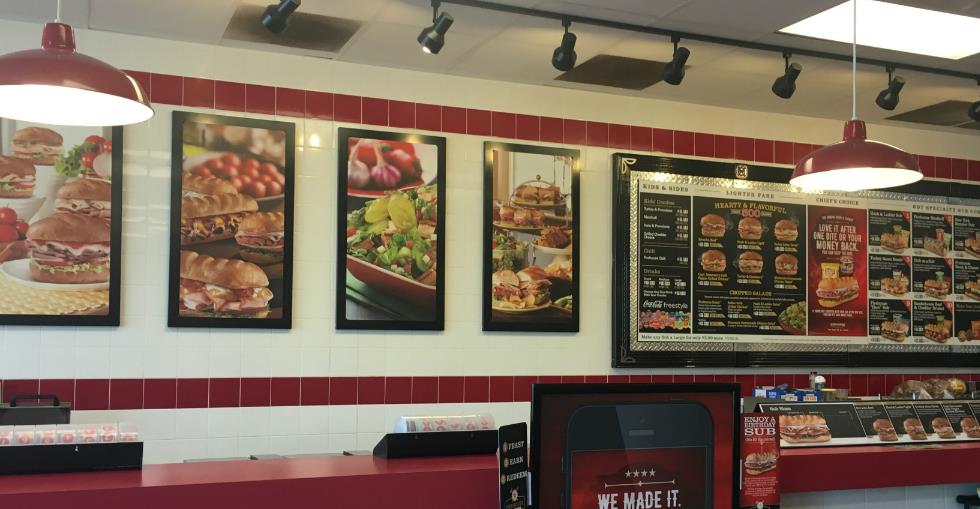 When you think about “The American Dream,” it’s tough to not conjure up a story very similar to that told by Chris and Robin Sorensen, co-founders of Firehouse Subs, one of the fastest growing fast casual restaurant chains in the United States.

To get a better idea of what goes into owning and operating a franchise location in this impressive company, we chatted with with Matthew Ward, a franchise owner in Longmont, CO, with plans to open a second restaurant in Loveland in just a few months, and a third opportunity in development.

In this first of a two-part series, we discussed how Matthew came to purchase a Firehouse Subs franchise and what it’s like to run one.

Living in Jacksonville, Florida after college, Ward had the opportunity to visit the second Firehouse Subs restaurant ever opened. “I ordered a NY Steamer and it was phenomenal. So it quickly became my favorite place to eat,” he says about that introduction to the fledgling restaurant chain.

Later, while visiting family in Sioux Falls, SD, Ward saw a sign announcing a Firehouse Subs restaurant opening up in the area and realized how much he wanted to be able to order another NY Steamer when he was at home, but the company had not yet expanded to that area. From that day on, he started investigating how to open a franchise location of his own.

“I began to do due diligence on Firehouse Subs. Once I learned more about the company and what the plans for growth were, and thought about my own plans for growth, it proved to be a nice fit.” 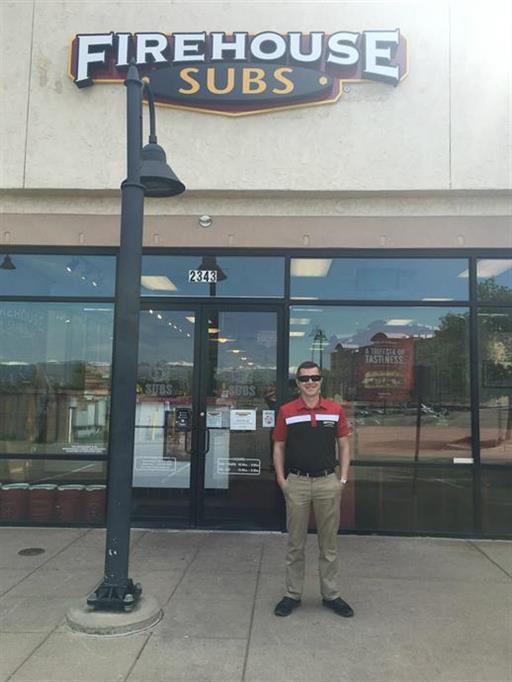 Ward opened his first restaurant (the Longmont location) after a significant amount of time researching the area, the competition, and the demographics.

He considered, “population, income levels, established business community; future growth: what is this area going to do in the next few years? Really, it came down to doing due diligence, utilizing corporate support, spending a lot of time wandering around Longmont and trying to find the right spot.”

In such a highly competitive market, the location can easily make or break a young restaurant.

Life as a restaurant franchise owner

From an insider’s perspective - Ward has worked in the restaurant industry most of his life - this is not an entrepreneurial effort for the faint of heart.

“It's very hard work, not just Firehouse Subs but any restaurant. It’s fast paced, you’re on your feet, you want to provide an experience to your customer that helps keep them coming back.”

Customer service is a key ingredient in every interaction and decision, since repeat customers and word-of-mouth advertising are so crucial to a restaurant’s success. But the hard work is well worth the effort. 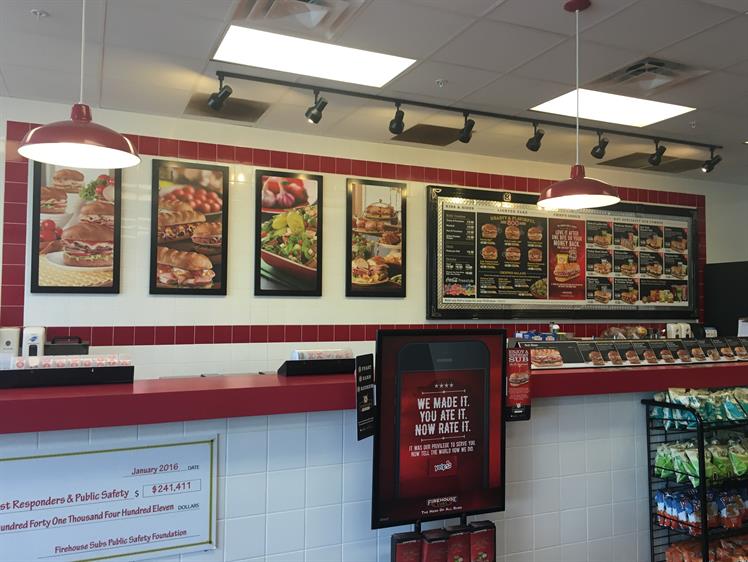 Ward explains, “when you deliver on that product, seeing the positive reaction that you get is what makes it really worth it. Eating is ritualistic and it's so much fun when you realize that for part of that ritual, for part of that thing that’s so important to everybody’s daily life - they chose to come into your place. And when you exceed their expectations, it's professionally satisfying.”

If you’ve never had the pleasure of entering a Firehouse Subs location, you should try it. Upon coming through the doorway, you will unfailingly be greeted by a loud and hearty, “Welcome to Firehouse!” from the entire staff, in unison.

The greeting goes back to the company’s mission statement, where “heartfelt service” is a top priority. As Ward explains, the greeting is just a natural extension of the service-based culture Firehouse Subs has created.

“The “Welcome to Firehouse!” greeting has been there since the beginning. It's such a great way to differentiate, from the perspective that it's not something that you hear everyday. I think a lot of franchise owners would agree with me that it's really a lynch pin of what we do, saying it and meaning it.” 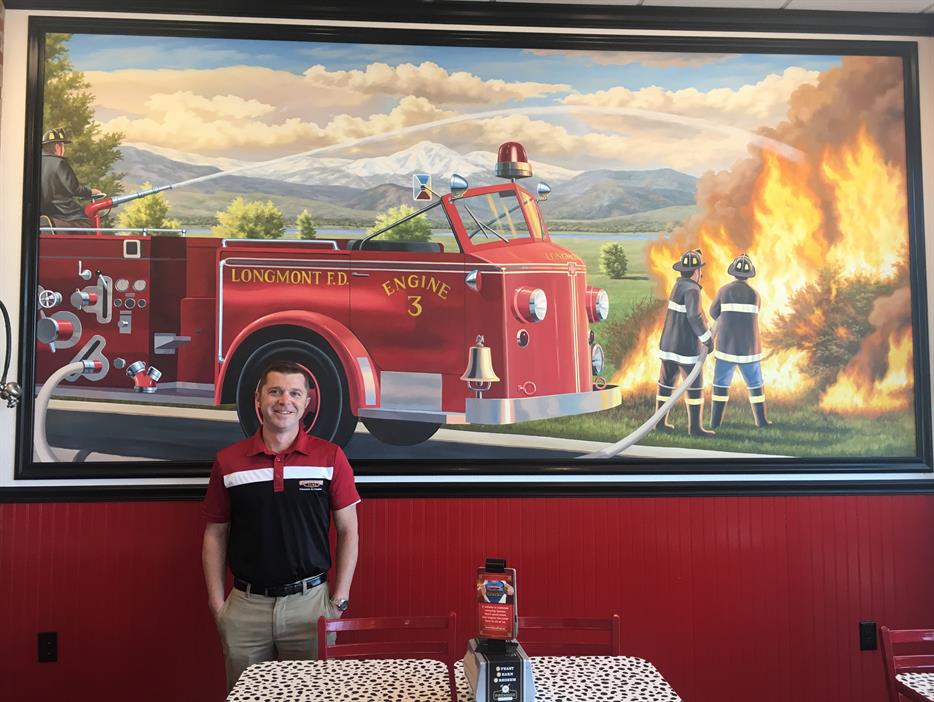 Various companies handle their franchising systems differently and the amount of support franchisees receive from headquarters makes a huge difference in how successful they can be.

According to Ward, Firehouse Subs offers “just the right amount of support.”

“There is great communication between the franchisees and franchisors. They give you a lot of great information for making decisions in terms of site, demographic perspective, on the job training, all of which is crucial. Once you're in the system, a few other proprietary tools are available that really help you keep yourself organized and moving in the right direction, which was extremely helpful especially the first time around.”

Advice for those considering buying a food franchise

After just over two years in business, a second location opening up very soon, and a third in development, Matthew Ward has some words of wisdom for would-be fast food franchise owners:
“Really to do your research on the type of concept you're looking into. Not just the numbers, not just looking for disclosure documents and demographic profiles and things like that. But actually getting a part time job in a restaurant if you’ve never worked at one before. In my opinion, the best way to get on the job experience and education that’s going to be crucial to your success is to work for somebody else first and then decide, ‘Is this what I'd like to do?’”

In the second part of this interview series, we will dig deeper into the day-to-day operations of a successful Firehouse Subs franchise location, and how Matthew decided to expand to multiple locations.

If you can see yourself chasing down the American Dream through fast food franchise ownership, check out what restaurants for sale right now.

How to Run a Butchery in the USA
Carry out a well-seasoned analysis, slice through the competition and discover ways to grow your butchery business.

How to Run a Catering Business in the USA
Rise above the competition, carve out a niche, and scale up your catering business