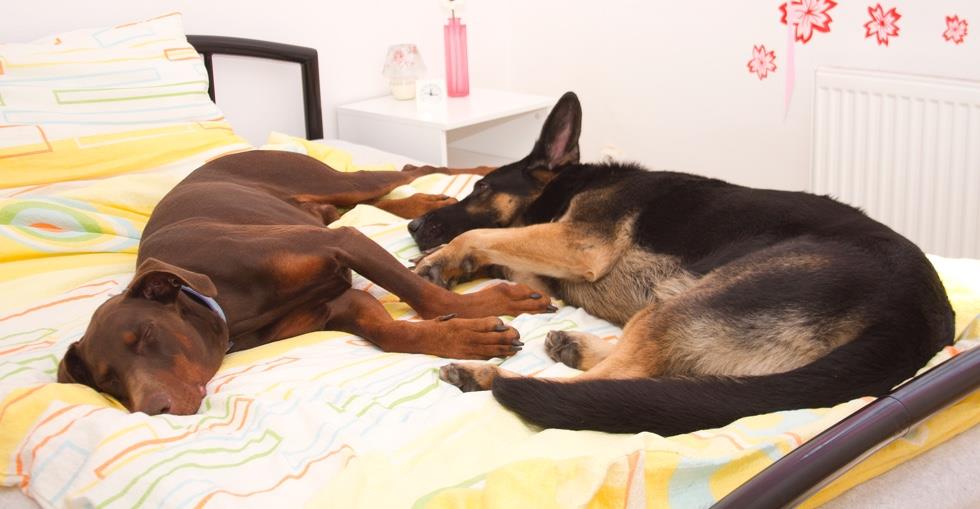 Kennels offer a solid and profitable business model for those with the right temperament.

Dog lovers. They’re everywhere. In fact, some 44 percent of American households have a dog, according to the ASPCA. At one time or another these dog owners have to rely on and entrust their pets to the care of a boarding kennel. Over the past couple of decades, the traditional kennel has changed quite a bit.

A business that used to be more of a basic functional necessity for people looking to board their pets while they were away from home has morphed into an era of doggy daycare. Today, dog owners aren’t only using kennels for days or weeks while they’re away on vacations. They’re also sending their dogs for the day while they’re away at work in hopes of keeping them active, exercised, and entertained. That means dog owners expect their pets to be cared for just as their own children might be in a traditional daycare facility, whether they’re kenneling them for the day or for a week or more.

Indeed, kennels, or doggy daycares, have become much kinder, gentler places, offering services that many American dog owners are willing to pay top dollar for. To that end, many people have turned their love of dogs into a lucrative business opportunity. And for those with a love for dogs, patience and the right temperament, owning and running a kennel can be both financially and personally rewarding.

Daycares are popping up just about everywhere and the market for owning a kennel has never been higher. If you’ve been considering purchasing one of the many dog kennels for sale in the United States, let’s take a look at some of the factors and industry trends to consider.

First and foremost, owning a kennel requires a true dog lover in every sense of the word. While running a kennel offers the opportunity to get paid for playing with dogs, it’s not all fun and games or puppy snuggles and fetch. Plenty of labor is also associated, thanks to the realities of dog hair, dog poop, and even the occasional dog vomit.

It’s important for a prospective buyer to be realistic about assessing their ability to deal with the gamut of duties that will be required, both emotionally and physically. And while kennel owners don’t necessarily need a veterinarian degree, they do need to be able to handle the basic health and welfare needs of the dogs in their care.

And remember, it’s not all about the dogs — interaction with dog owners is just as important as interacting with these customers’ beloved pets. The job also requires overseeing and managing any employees hired to help in the daily operation of the business. Therefore, those who love animals but lack people skills will probably need to rethink this career path.

While the notion that working with dogs all days isn’t like a “real job” is easily romanticized, there are financial and other business skills that come into play in owning any type of business. Even with hired help to manage the business side of things, kennel owners need to oversee basics like taxes, accounting and compliance with any regulations governing kennels in their particular state, city and county.

As previously mentioned, people aren’t only boarding their dogs when they go on vacation for several days or more, but sometimes for the day as they go off to work. As dogs’ relationships with humans evolve, they’re being viewed more like family members, so owners exercise great concern for their pet’s physical and emotional wellbeing. For example, if a dog gets anxious — or destructive — when left alone, an owner may look to a kennel or daily doggy day care as a solution to avoid stress, destruction, or both.

Today, grooming services are part of a kennel’s offerings more often than not. This can certainly increase revenue potential, but it also means added personnel expenses. Kennels that wish to offer grooming to their customers must make sure to hire only licensed and trained groomers in order to avoid potential liability.

The environment in which animals are cared for at kennels has begun to shift away from rows of cages and limited or scheduled time to roam free. Many kennels are adopting cage-free environments where dogs play under the supervision of a trained staff member. Most of these provide this free roaming environment for a portion of the day and the dogs are caged during other times of the day.

Some facilities have indoor spaces for activity while more are beginning to add outdoor space that is dedicated to allowing dogs to play in an unleased and uncaged environment. Providing these options can offer kennel owners a competitive advantage as more kennels pop up in just about every area of the U.S.

State of the sector

Overall, it’s a great time be a kennel owner. While the doggy daycare concept was viewed as frivolous when the first one, Yuppie Puppy Pet Care, opened in New York in 1987, three decades later, it’s clear that this new generation of dog kennels is here to stay.

The popularity of this business segment — from both a consumer and business ownership perspective — is apparent based on the current average price of kennels for sale, which range anywhere from $300,000 to $1.5 million in the U.S.

Like most businesses, kennels are subject to the economy. Of course, people are more likely to pay to kennel and groom their pets when things are good. But one thing is certain: dog lovers aren’t going away and it’s unlikely that we’ll ever see an appreciable decline in the rate of pet ownership in America. There will always be a healthy level of demand for these services, and therefore, kennel ownership will remain a sound business opportunity.

How to Buy a Boarding Kennel or Doggy Daycare
While you may be passionate about dogs, that doesn’t make you an automatically successful boarding kennel or doggy daycare owner. Review these tips.