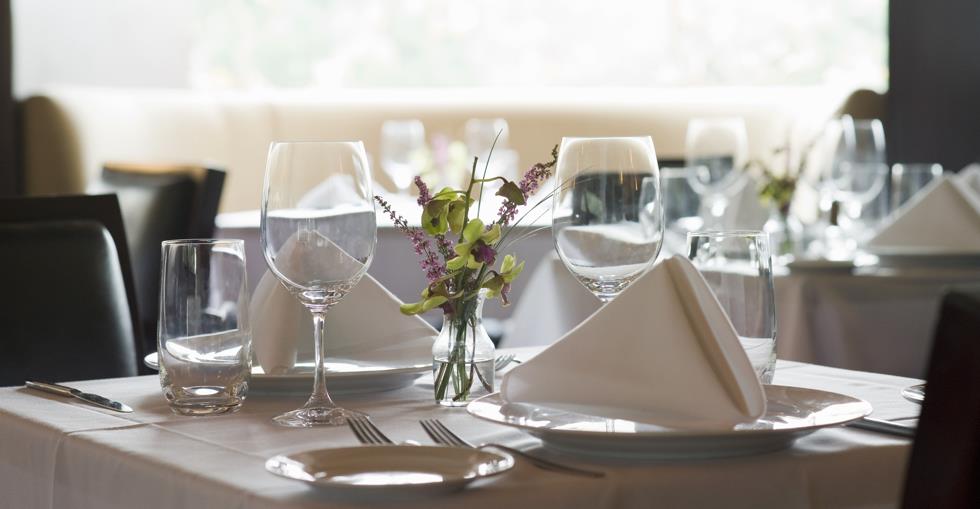 How to run a restaurant

Restaurateur Collier Merrill discusses the day to day running of a restaurant business.

On the importance of a good chef

A higher end restaurant such as Jackson’s is very chef-driven restaurant. At The Fish House, where we’re doing a higher volume, the chef is not as important as the kind of food you are serving, which is seafood.

People are coming for seafood, they’re not asking for the chef. There, we’re getting 1000 people a night where Jackson’s may only have 100.

Those higher end customers want to know what the chef is preparing that night, they are checking it out and they aren’t coming just for the steak, they are looking for the creations versus the Fish House where we do a higher volume.

What does it take to run a successful restaurant?

You’ve got to have good food, even though I say service is very important, which it is. You can have the best service in the world but if you keep giving out bad food, they are not going to keep coming back. We pride ourselves on having the right chefs.

We have quality chefs which we pay for. You get some restaurants like fast food restaurants and you don’t need a chef.

Instead, you have a good formula of what to drop in the fry basket or what to put on the grill and how to cook it. Once the recipes are there, anybody can follow it.

What are some important personality traits or skills needed to run a restaurant?

There’s a whole realm that creates your team. Then, you’ve got the customer. And of course, all customers are right.

And I’m a strong believer in that. If somebody doesn’t like their food, I don’t care if our chef says he cooked it perfectly. I don’t care.

If our customer didn’t like it, then we’re going to change it for them to be how they want it so the customer will come back. There’s a statistic I read a long time ago about you can have the best meal of your life but if you have bad service, a snippy waiter or server, then you just aren’t going to come back.

I’m that way. I don’t need a hostess with an attitude. But you can have a bad meal and if they catch it and if you have the right service, if the service is apologetic or the manager comes over and they catch it.

And they know your name and the hostess is apologetic, then you’ll come back and give it another try. But you’re not going to do that if they all have a bad attitude. That’s one thing that we preach every day.

We have servers that have been there 10 years and they know that their last table at 10pm is just as important as their first table.

Especially in today’s economy, where people used to go out every week to eat so if they had a bad meal, they’d say oh well, they will go out again next week and they don’t really think about it.

But now when they have to save up to go out once a month, they are really looking forward to it and it better be good. If you mess that up, you’d better be able to correct it.

On selecting the right staff

If you leave a lot of low performers around, they are going to drag the middle ones down anyway. So, you constantly have to look at that.

We have over 300 employees so someone has to be touching every one of them, from the dishwashers to the bussers to the bartenders to the servers and the managers to the office people. Everybody has to get along and move forward.

On Yelp and other online review sites

Everybody who comes up to our managers and says they had a great meal and that the service was perfect, we reply “That’s great!” They say they are going to write about it and they never do.

They get home and they are fat, dumb and happy. They’ve had some drinks and they go to bed. Now, somebody had something bad happen and someone was snippy to them, they’ll wake up in the middle of the night ticked off and they are going to write that report. And they do.

We go over that a lot with our people, that everyone is a food critic now.

We do great with it and we’re in the top ten and we’re happy with it. But it still ticks you off when you see that and I read every one of them unfortunately.

A typical day is making sure everybody is doing what they are supposed to be doing. I’m not in there bossing people around. I think people like seeing the owners around.

And if I see customers that I know, I love talking to them, especially when I’m standing by the hostess stand and new people come up and they want to talk. I don’t stalk them down. I ask them how they hear about us. That’s something that is important to me.

We get a lot of referrals from the hotels and the businesses in town which we appreciate. So, if I’m around, I like doing that. We use that for information and how we market.

Do you need experience in the industry?

We sure didn’t. The Merrill boys certainly didn’t. I think it would certainly help, but I think you must hire the right people.

To me, it’s all the same whether in the restaurant business or in our real estate business […] you take care of people. Look at what their needs are.

What are the most challenging aspects of your job and why?

Most challenging is again, our people. Our people are the best thing we have going for us but they can also be the worst thing.

While they are our best asset, our servers and our bartenders who are on the front lines talking to people, they can also be your worst if they aren’t in the right frame of mind or someone hasn’t been trained properly.

So, that’s very challenging. I tell people we are going to spill a plate of food, we’re going to knock over glasses. That’s just going to happen.

Debbie is a freelance writer for all titles in the Dynamis stable including BusinessesForSale.com, FranchiseSales.com and PropertySales.com as well as other industry publications.