Will Murdoch sell his British papers? 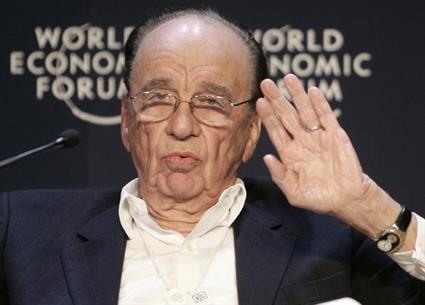 The relentless stream of revelations across the Atlantic are threatening to capsize the British outpost of Rupert Murdoch's global media empire.

The drip-drip of allegations about phone hacking had persisted for several years, with the Guardian newspaper leading the way.

Relating predominantly to the bugging of politicians and celebrities phones, the issue didn't cause a major stir until last week when it emerged that News of the World journalists had hacked into the phone of murdered schoolgirl Milly Dowler, even deleting messages to make room for new ones.

Now that public anger has snowballed from mild unease to outright outrage, Murdoch's erstwhile political allies have turned against him in unison.

Rumours are now circulating that Murdoch might sell off his UK print titles, which include The Times and The Sun. Doing so would be a wrench for the 80-year old mogul, who made his name in the print press and retains a fondness for the medium.

But other News International executives are less sentimental about print media, which locked into a spiral of declining circulation and ad revenue.

Moreover, the print arm of the business is now threatening to scupper the ambitions of the TV arm, which generates the vast bulk of News International's profits.

And the usefulness of Murdoch's British titles, insofar as it it gave Murdoch immense leverage over British politics, now looks to be entirely nullified in the wake of the hacking scandal.

Murdoch, for all his love of print, has not shied away from taking tough decisions in the past, not least the abrupt closure of the News of the World, after 168 years, this week.

If Murdoch does dispose of the loss-making The Times and The Sun, still profitable but with falling circulation, who will buy them? It's hard to envisage too many willing buyers in the current climate, especially in a 'sunset sector' like the print press.

Buying a newspaper these days is often a vanity project more than anything, a tool of political leverage.

The last major UK paper to change hands was The Independent, bought by Russian Oligarch Alexander Lebedev in 2009.

And I wouldn't be surprised if the buyer of Murdoch's remaining UK titles was another Russian or Middle Eastern petro-billionaire keen to buy status and influence in London.