Where should I buy a small business? Top US cities revealed 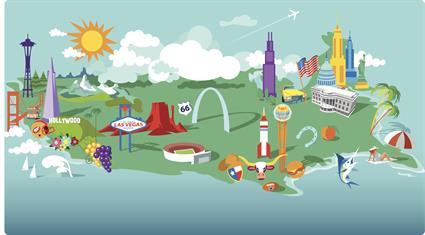 Location has always been considered important when it comes to business, but a recent survey suggests that certain cities really are better destinations for small businesses.

Online marketplace Thumbtack has released list of the top 10 cities in the US for small businesses. 18,000 small businesses were surveyed in 95 cities, in which owners were asked to rank their city in various categories.

Thumbtack compiled these to create an overall grade for each city, with Texas coming out as the top state by having four of its cities in the top 10 for small business.

Manchester, Dallas, Richmond, Austin and Knoxville were given the highest ratings for friendliness to small businesses. For starting a business, Houston, Boise, Seattle, Boulder, Greenville and Kansas City were ranked top.

The survey further suggested that ‘state and city governments that promote local business training and focus on ease of regulatory compliance are consistently perceived as being friendliest to small business.’

On average, entrepreneurs considered their perception of tax burdens as the least important factors in judging governments. They also found that investing in a high-quality, easy-to-use website which provides useful information and subsequently decreases the costs of regulatory compliance will ultimately improve overall perceptions of a local state or government.

‘Small business owners on Thumbtack have consistently told us that they welcome support from their government but are frequently frustrated by unnecessary bureaucratic obstacles,’ said Jon Lieber, chief economist of Thumbtack.com.

Best for: Ease of starting a business

Best for: Ease of starting a business

Best for: Overall friendliness, ease of starting a business, tax code and licencing