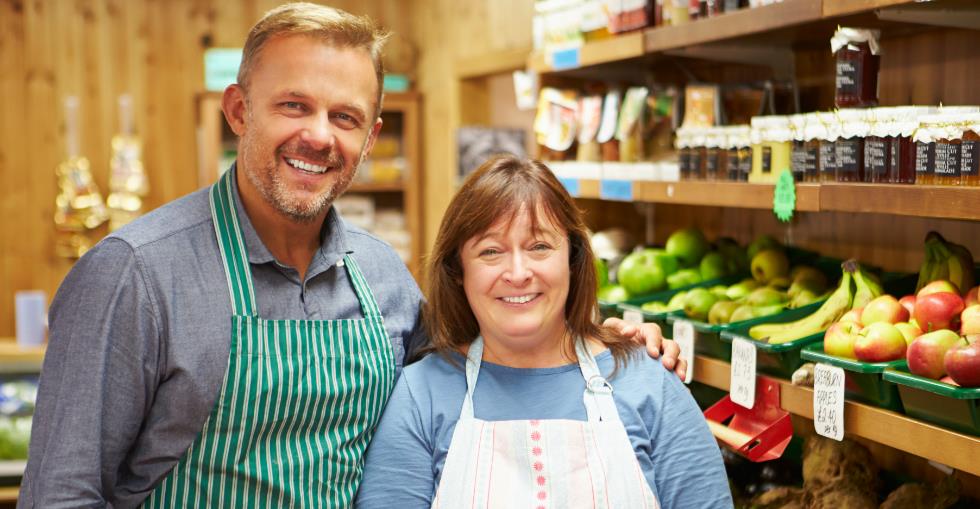 The rise of the US fampreneur: How American families are redefining the Mom and Pop business

The number of US fampreneurs are on the rise, but it isn't as new of a concept as you may think..

To understand the shift we’re seeing in today’s small business environment, especially in the United States (although the business world grows smaller by the minute in today’s constantly-connected world), it’s good to take a look back at how the entire idea of “work” and “business” has changed in the nearly 400 years since the first European settlers landed on the east coast, changing the world forever.

In the years prior to the Industrial Revolution

In the early days of America’s history, nearly everyone was in business for themselves. They were farmers, blacksmiths, tavern owners, or any of a hundred other skill and labor based jobs that set up to either directly feed their own family or create the means to barter for or buy food for their families.

The custom was for a son (usually the oldest) to learn his father’s trade and take over as Dad got older. In a relatively few enterprising exceptions, one or more sons would actually expand the family business by opening a new shop or expanding operations at the original location, but the overwhelming majority of American families in colonial days and soon after independence simply passed along a small subsistence business from father to son for generations.

The Industrial Revolution changes everything

In the late 18th and early 19th century, huge leaps forward in technology, transportation, and communication fueled the Industrial Revolution in developed lands. America’s prevalent natural resources and large population made the United States a manufacturing powerhouse on the world scene.

During the ensuing decades of the 19th century and through most of the 20th century, the United States grew into the fully industrialized nation we know today with a huge part of its active workforce dedicated to various forms of manufacturing, agriculture, and other labor-based jobs, or the services required to support those jobs. In nearly all those cases, the average American worker worked for a larger company, with mega-corporations coming into existence and the definition of “small business” swelling to include concerns employing up to 1500 people in many sectors.

Even when the entire world plunged into the Great Depression in the 1930’s, an entire generation of American workers fought tooth-and-nail for a tiny number of available jobs, but most didn’t consider working for themselves.

Of course, the good old family business was still alive and kicking during these years, albeit in a much smaller role than it was previously. But this is an important point: the American entrepreneurial drive remained intact despite huge changes in how the economy grew, and this became a significant factor as the 21st century drew nearer.

The Great Recession and other factors change everything again

The economic boom of the late 20th century, including the early explosion of web-based businesses (which became much more realistic and businesslike after the dot-com bubble burst), drove the American economy to new heights, but it also ushered in some changes.

The largest generation of active workers in the nation’s history – the Baby Boomers – were still fully entrenched in the idea of finding a good job with a big company and working until they could draw a fat pension. But many of them, especially the youngest set born in the late 1950’s and early 60’s, began to realize that a fat pension may not be there. The economy was changing, and smart employees started to crave more control over their financial future than a standard “job” could offer.

The result was an uptick in entrepreneurial endeavors that has slowly gained momentum since 1990.

In 2007 when the boom years suddenly disappeared and we all realized the economy was heading downhill again, the conventional wisdom was, once again, to fight for the few remaining jobs or huddle up and wait for things to get better. But this time, a much larger percentage of the workforce said, “No, I’m not going to sit back and take this.”

And they went out to make things happen on their own.

Commenting on this trend, Elaine Pofeldt, a writer focused on the rise of one-person businesses in the United States, made this intriguing comment in a Forbes article in 2013:

“I’m wondering if, after the long recession, more Americans are coming to the conclusion that I did, when I started my own business in 2007: The old rules, in which getting a traditional job was the smartest career route for many, don’t apply as much anymore. I was very interested to see that in four out of the five years between 2008 and 2012, 56% of adults said they had the ability to start a business – a confidence level higher than in many innovation-driven economies.”

That trend continues to this day… with a slight twist.

Today’s American entrepreneurs are moving ahead with cautious optimism

It hasn’t all been peaches and rainbows for the American entrepreneur as the economy has made its slow but steady trudge back up the hill from 2008. As highlighted very nicely in this piece by Jim Clifton, CEO of Gallup, some seemingly positive economic statistics may be misleading. The fact is, starting and successfully running a business in the United States today is anything but a sure thing.

But this situation still hasn’t quashed the entrepreneurial spirit that has always been behind the impressive growth of the largest economy in the world. These days, entrepreneurs are simply moving ahead with a bit more caution.

And a refreshing and valuable result of that cautious optimism is the rise of the Fampreneur.

A Fampreneur is a special kind of entrepreneur: an individual who sets out to start a business with the help of one or more family members for the express purpose of sharing the risk and the hope of a reward.

They’re entrepreneurs who balance their zeal for innovation and control over their own economic futures with an understanding of the difficulties facing startups in today’s US economy. They know there’s risk, but they’ve decided to stand together as families and face that risk as one.

And for that, we salute the American Fampreneur for all he and she do to continue the centuries old tradition of intelligent grit that’s made America what it is today.

Thinking of running your own business? Get a head start by buying an established US business here.

How To Buy a Mechanical Services Business
Uncover the secrets to finding the right mechanical services business to buy.