Buying a business instead of starting from scratch 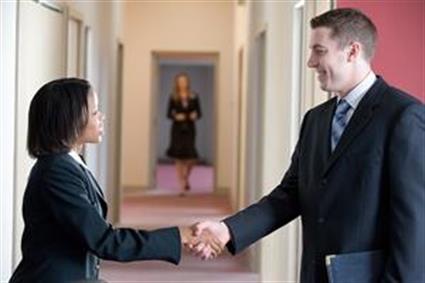 With retail banks still reticent to back all but the most sure-fire of business plans, aspiring entrepreneurs are increasingly exploring alternative routes into business.

The limited availability of start-up capital has meant that some often-overlooked approaches to business are worthy of consideration. Buying in to an existing enterprise, so long as it has a stable trading history, is looked on much more favourably by banks as it has a track record, whereas a start-up has only potential, a disconcertingly nebulous concept for risk-averse banks.

There are several persuasive reasons why any newcomer to business might wish to consider acquiring an existing company rather than establishing a new enterprise, but there are also reasons for even seasoned business veterans to recognise the merits of acquiring a going concern.

The most obvious advantage is - and again this is contingent on it being a successful business - that you're effectively buying an income. Start-ups are notorious for taking a couple of years to even break even most of the time.

Brand recognition and identity are inherited too. A brand synonymous with good service, great products, and excellent customer care offers a strong foundation upon which to expand the business.

Conversely, however, a company which has failed its customer base in the past will be seen negatively even after it has changed hands, and new owners may pay the price for the poor decisions of their predecessors.

Unlike a franchise, where franchisees are contractually obliged to maintain the integrity of the established brand identity, you can rebrand a newly acquired independent enterprise - if you so wish. It may be tempting for a new owner to immediately stamp their own authority on the company, but it should also be remembered that customer loyalty is a valuable commodity.

A new owner who abandons popular aspects of his or her business is as likely to drive existing customers away as to attract new ones. One café owner told BusinessesForSale.com that he overhauled his décor and menu in a piecemeal basis after buying the business:

"From the day I bought it I made gradual changes to the layout and menus, because I know that customers most of the time do not like sudden change," he says. "But when there is slow change in a positive direction, then customers can appreciate it bit by bit. When you see positive feedback, then you can do a bit more."

It may be the case that a business is being sold because it is struggling. Be mindful that as the buyer, you inherit its liabilities and other problems. A buyer must ask why the business is flagging.

If it's because of intense competition in the locality or because it's selling products or services for which demand is falling, then you must question whether the situation is retrievable. If, however, incompetent management is to blame, then you might secure a bargain in the justified believe that you can transform the business's fortunes.

An established company also has its operational infrastructure, including staff, fixtures and fittings and ongoing contracts with suppliers and customers, in place. Although the initial purchase cost will invariably be much greater than setting up independently, it's often a more cost-effective route into business when you take into account the outgoings of a start-up - fitting out premises, recruiting staff, launching a marketing campaign and so on.

One of the first things a new owner might do once control is handed over is to extend ongoing contracts or renegotiate unfavorable agreements.

Finally, there is the matter of timing. In the current climate, many larger organizations have found themselves overstretched and laden with too great a burden of debt to continue operating.

Many of these businesses trade nationwide, often with successful stores across the country. Whilst the larger corporate body may have become unsustainable due to mismanagement or attempts to grow too rapidly, individual businesses within the organization can prove an exceptionally good deal, and continue to return profits.

Buying a single, profitable store from a larger chain in chapter 7 bankruptcy may provide not only good returns for the investor, but will also benefit the local community: employees see their jobs secured by the new ownership and towns retain invaluable services.

Buying into an existing business is no shortcut to success. Business acquisition poses its own set of challenges, such as employees resistant to change or a successful formula that relied too much on the previous owner's relationships with clients and personal charisma.

There are ways and means to mitigate such adverse effects - but that's for another article.

As long as you do your due diligence and understand what you're buying, as well as assessing frankly your own ability to run the businesses successfully, buying an established operation is in general a less risky route into business ownership than starting a venture from scratch.